Lunch at the diner

Today I walked into the local diner for lunch. Being mindful of such things, I immediately noticed the guy at the end of the bar with a 9mm Glock on his hip.  He was not in uniform, but did have his badge next to the gun.

Immediately I felt happy to know a cop was there in case anything went down, not that I assume that will happen, or live in fear, but simply as a matter of factual recognition. My co-worker and I sat down next to him leaving the obligatory We're-not-with-him space at the bar. I did not really think twice until I saw another person, in plain clothes approach our weapon carrying neighbor. A second; and third openly carried firearm, this time by an attractive young lady in a pants suit and gentleman in a golf shirt; their badges the only indicator that they were law enforcement. At this point, I took a quick look around to take a better inventory of my surroundings. This is important because as a citizen who carry's a gun with me every day, I have to stay mindful that officers can sometimes react poorly to cries of "a guy with a gun" so I take a quick nonchalant check on my shirt to make sure I am covered completely.  I am. As I looked around though, I notice two more officers, another lady and another guy in a t-shirt and jeans (who had the most built shoulders of anyone I have ever seen) openly carrying their weapons in normal everyday clothes.

Five semi automatic firearms in a diner that seats 25 people. More importantly, I look over and see families. I see kids 6 year olds, 10 year olds with their moms out for a play date perhaps. I see people, moms and dads and business men and servers completely comfortable surrounded by weapons for the sole reason that those weapons are wielded by someone that although they look like normal citizens has a badge.

Recently during the Newtown Starbuck's situation an overly emotional editor for a local paper attempted (and in many ways succeeded) to elicit negative response toward gun owners by painting a picture. It went something like, "Image you are sitting in Starbuck's with your kids, when ARMED people walk in!" Is that not exactly what happened in my diner today? People with kids and people with guns in the same room, eating the same greasy food, drinking the same average coffee.

See the people who do not understand the gun culture imagine that if law abiding citizens take to regularly carrying guns then the result would be a bunch of crazy gun owners walking in to a coffee shop with camo outfits, face painted with green and black stripes waving a Gadsden flag, or maybe even a guy in a ghillie suit, holding their weapons out shoving their weapon down your throat literally or figuratively. Its just not like that. Why? Because I am that guy. I walked in with my firearm on my hip. If those armed officers were not there today, there still would have been people with kids and (at least one) person with a gun sitting together in the same diner. You may not have seen it, you may not have known, but there I was, weapon holstered quietly concealed eating my lunch.

This is a scene that plays out all over the place. People with guns in our everyday life. However, because they are mostly concealed society has forgotten they are there. As generations pass, less people carry because its not visible. Out of sight out of mind. When a person stops a tragedy, they are called a hero, but quietly and with no regard for what they used. When a person succeeds in committing a crime however, their weapon is what is demonized.

I'm circling here because there is a point. Lets go back to the officers in the diner. If guns are evil and need to be removed from our society, then officers should conceal their weapons. We adults would know they are there as a necessary evil, but kids should not even know they exist. If on the other hand guns only take on the character of those wielding them, then why leave open gun carry to criminals and cops. why should a business man, or a mom out shopping with her kids not also be seen regularly to be carrying. The gun is there either way. Enough people carry on a regular basis that in any situation where more than 20 people are around, there is likely a gun. Why should our society not want to see firearms being associated to responsible citizens as opposed to only seeing them in the hands of criminals and cops, or worse, as depicted by Hollywood. It would seem we are not showing our true colors.

There is a growing movement around the country, including here in CT, that where it is legal to openly carry a firearm, law abiding people are doing just that. Many prefer to carry concealed from a tactical point of view, but are carry openly to raise awareness. The next time you are out and see someone with a gun on their hip take a look. If you don't see a badge, don't worry. Its legal, good and right. If you want, feel free to ask the person about it. I'm sure they would be open to discussing.
Posted by Unknown at 11:38 AM No comments: 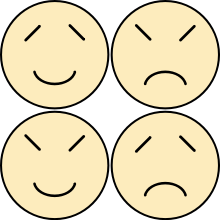 The Four Temperaments takes the traditional psychological categories and adds spiritual insights. As a protestant, I don't agree with all the theology here, but this has been amazing to reflect on (something as a Sanguine I am terrible at doing).  If you have ever thought a DISC profile was helpful, this will knock your socks off.
Posted by Unknown at 1:21 PM No comments: