Today I received a fairly frustrated phone call from my mother because we do not return phone calls. Her frustrations are warranted. Its not that we do not return calls as much as it is we never get those messages. This incident is the straw that is breaking a rather large camel back in my mind regarding a topic that I have been dwelling on for a year. Communication has changed, but some are reacting against it as bad.

There are a lot of facets to this. Different forms of communication, different age groups and what they expect, etc. There is way too much material to distill in one blog post (there's a measure of Irony in that statement), but there are a few big themes that need to be addressed.

Also, I want to make sure I am not sounding dismissive or disrespectful of my mother. I love her as much as the day I was brought home. She has had the largest single influence on my life, and I value her. It bothers me that she is frustrated, and partially, this post is an explanation and a plea to get her to understand that our “lack” of communication does not indicate a lack of care and love. 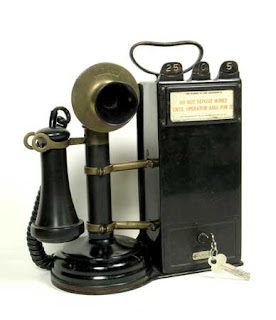 When humanity moved from oral tradition to written word, we did not end all oral communication. However, when something mattered, there was a realization that written word was a more efficient means of communication and therefore it was adopted as the method of choice. Oral tradition was used either when importance was lower, or when for nostalgic reasons it was preferred. As a part of that change, we created completely new ways of organizing our words. Instead of narratives we could use letters that were previously not able to be done well with oral tradition alone. The use of acrostics and other devises used to help memory were no longer needed. Communication changed.

The same cycle happened when telephones came out. We did not end written communication, but phones became the preferred method for important information. Letters were left for unimportant or nostalgic times, and we created new ways to have conversations via short person to person phone calls.

With the advent of digital communication (encompassing everything from email to facebook to IM), communication has once again found a better form of communication. In order to adopt that communication we need to recognize the deficiencies of telephone communication and change the way we communicate with one another. This is no different than the normal progression of advancement.

The jury is out in some folks minds that this communication is better. If it is not a better form of communication, then this is all moot, and we should all use phones. So why is digital communication better?

Its guaranteed. When you initiate a phone call you have an at best 50% chance of getting through to the person. That number is significantly lower as we increase the complexity of our lives. For me to take a phone call, I need to be physically near the phone and not already engaged with another person in conversation. This is a shift as in days past, when the phone rang, you stopped what you were doing and answered the phone. The world was constantly being interrupted by the Bell. Why? Why would we constantly interrupt our day when the phone rang? Because the message on the other line might not be accessible to us again if we did not answer right then! This is why answering machines were so fascinating to people. It allowed for a freedom that at least if we were not near the phone, the message would be received. It added a guarantee that the message would be heard at some point. This is at the heart of why email is so much better. It is guaranteed even more efficiently than phone call/voice mail.

Its Efficient. Digital communication allows you to initiate a communication when it is convenient (like phone calls) which allows the other person to receive and respond to that communication when it is convenient(unlike phone calls). This increases efficiency on both ends as the person initiating the communication is guaranteed it will be received at the first possible time, and the receiving person is not disturbed half way through a thought or conversation. Business know this. Even when you want to initiate a phone call, we send an email to ask the other party to setup a time that is convenient. People know this. Our phones were not good enough, we had to add text messages and email to the phone. The most ironic part of today was that I received the transcript of my mom's voice mail via email before I ever received the voice mail! 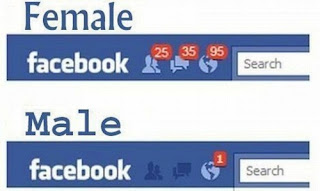 Facebook, twitter, and blogs are amazing. They implement all that we just discussed on a macro scale. I get to log on when it is convenient to me and get updates on the people I follow. I have an amazing case study in my own family. I have two teenage neices and two teenage nephews. One each from two siblings. One is regularly on facebook, and one is not. In order for me to get a good understanding of the happenings of their respective lives, I need to find out what they like and dislike. I need to know every day what they are doing, and even how they are feeling about what they are doing. What is their dreams, who are their friends, etc. See where this is going? I get this every single day with one set. If I were to do this for the other set, I would need to call them every day, but we just said phone communication is inefficient and inconvenient. Lets put this into real mathmatical terms. I check facebook about 20 times a day. 15 of those are about 20 seconds where I read statuses and get quick updates. About 5 of those, I spend about 1 minute actually responding to a status update or two. Add in there once a day where I find a link from someone that I read which helps me understand that person better. So being generous, lets say I spend 10-15 minutes a day actually on facebook reading statuses hearing people's communications, and responding. From this time I know my neice likes All Star Weekend, Dr. Suess, and Anime. I know she cares about inner beauty more than but not exclusive of outer beauty. I know when she is down and when she is happy. I can normally infer when a boy is involved with either emotion.

Of my 250+ friends on facebook, the alrogithms assume I care about 25 or so, because I know this level of detail on about that many people. That is 15 minutes that I get to choose to understand 25 people. Imagine all of them were calling me every time I heard a cool new song or saw a sale on star wars cookie cutters or just watched the coolest trailer for The Lorax'. Now imagine they had to call all 200 of their friends! That's what it was like 20 years ago.

For my other set that I uncle, I normally try to call my sister every so often. We do not always connect because of the way phones work. When we do connect, we normally try to get an update on all the family since we are finally connected. Those updates coupled with less facebook updates give me a pretty good overview of where they are and what is going on in their lives, but I definitely feel more connected with the facebook family with less effort - and we almost NEVER call. 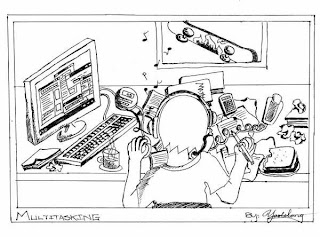 The argument I hear from so many older folks is that kids can't communicate. The same kids that carry 4 conversations at a time via facebook, text, chat, or IRC or are connected to 1000 friends and follow another 1000 tweeters somehow do not know how to communicate. What is true is that they are not great at communicating the way you do.

That is like the great story teller commenting that the author writing on paper can't communicate. Or when telephones came out, the art of writing a letter dropped significantly. Further, holding people accountable for how well they return phone calls today is like holding a person accountable for how well of a letter writer a person was when they could call, or how good of a story teller they were when they could write. The world is moving on to a better form of communication, and we cannot (or should not) expect people to be good at communicating poorly after they have tasted the better way.

For us, we have chosen to use the modern tools to communicate efficiently. If you try to call us, there is a small chance we will answer, but generally, we will not. This should not be seen as a failure to communicate or a lack of love or concern, but instead that we have chosen to make ourselves available on other, better ways of communicating. We will eventually check voice mails and return phone calls, but not nearly as quickly as we will respond to efficient means of communication.

In the case of an emergency, would you call or write a letter? The logic stays the same. In this age, sending an email or writing on my wall on facebook is the new phone call. It is far more likely to be received.

I love my family. Both those that choose to communicate primarily via phone or via facebook. I hate the fact that our choosing to communicate via newer means may lead to the impression that we do not care to communicate.  That is not the case at all!